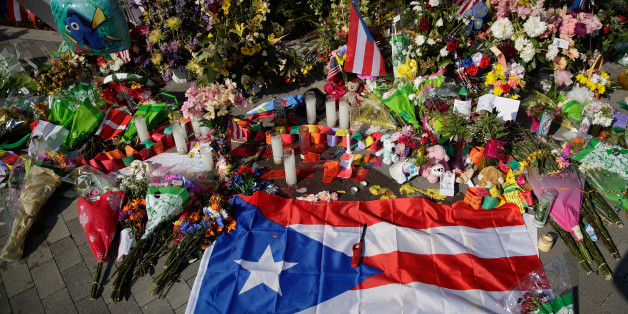 Our immediate thoughts and prayers following the horrific massacre at the Pulse nightclub in Orlando are with victims, survivors and their families. In their faces we see our own, and those of our family members. This attack, the deadliest mass shooting in U.S. history, is hitting the Latino community particularly hard, as most of the victims are LGBTQ Latinos, and have been robbed of their promising futures at such young ages.

What does this devastating attack mean for Latino civil society in America?

First, we stand shoulder to shoulder with our LGBTQ brothers and sisters who were targeted in this heinous attack. These are members of our families, schools, and communities. The loss of LGBTQ lives is everyone’s loss, and our entire community is acutely feeling the pain of the Orlando attack. Accordingly, the response from the Latino community has been unequivocal, as witnessed by our coalition member organizations and by the big number of national and local organizations in Orlando that immediately organized to provide support to family members and the broader community.

Second, we welcome the sympathy that Muslims across America have shown, whether by expressing their condolences publicly, praying for the victims, or donating blood to help save the survivors. We will stand by our Muslim friends and reject any effort to use an attack on one community to justify attacks on another.

Whether we call this a hate crime or an act of terrorism, or anything else, this attack has further shaken the sense of safety among LGBTQ people across the country, especially LGBTQ people of color, who have already had to endure decades of homophobic and transphobic attacks, police brutality, and indifference or outright hostility from political leadership and many different sources. This is especially acute for LGBTQ Latinos today, as they face the threat of rising rates of anti-immigrant, anti-Latino, homophobic and transphobic hate crimes. Further undermining any sense of safety, the Orlando attack happened in the middle of Pride Month, and in a space that is normally a sanctuary for those who have few places to freely be themselves.

Finally, we must reaffirm our commitment to undoing the legacies of homophobia and transphobia by embracing our LGBTQ family members through our own advocacy work. The tragic events in Orlando underscore how critical it is for our community to address the needs of LGBTQ Latinos in the nation in a stronger way.

Earlier this year, The National Hispanic Leadership Agenda unveiled its quadrennial Hispanic Public Policy Agenda, explicitly including more LGBTQ policy priorities than ever before. These priorities cover the specific health challenges facing LGBTQ Latinos and the need to address them. They call for protecting LGBTQ Latinos from employment discrimination. They demand reforms to improve the safety of LGBTQ immigrants facing detention, such as alternatives to detention and respecting individuals’ gender identity. In the criminal justice system, our priorities call for improved data collection that includes sexual orientation, and demand an end to using solitary confinement for transgender and gender non-conforming people.

These policy reforms, and many others, are important because we cannot advance the well-being of the Latino community, or the nation as a whole, if we fail to create a society in which we respect the dignity of every LGBTQ person and enable them to live to their full potential.

One year ago, during Pride Month, we celebrated the Supreme Court’s ruling on marriage equality, an achievement that once seemed impossible. This year, we are violently reminded that the march toward equality is not complete. As we stand in full solidarity with our LGBTQ brothers and sisters, let us unite and work together with renewed vigor for a more loving, peaceful, and just society for all.