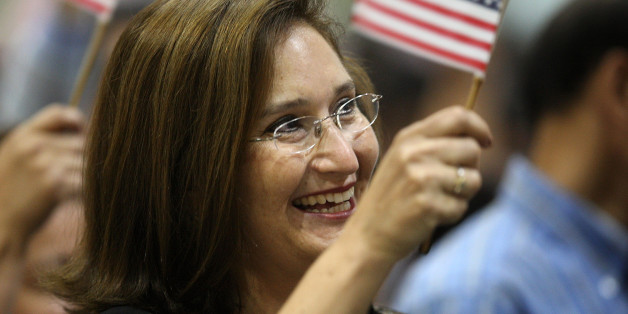 As President Obama prepares to deliver his final State of the Union address, Latinos continue to face many challenges that require focus and dedication to overcome. Rather than focus on the accomplishments of his administration, we need the president to look forward toward the work that remains to be done in his final year in office. A forward-looking approach is what comes naturally to Latinos across the country, when we wake up each day to go to work or school, focused on working and studying hard to build a better future for ourselves, our families, and the generations to come. We need the president to approach his last year in office with the same determination.

The National Hispanic Leadership Agenda, a coalition of 40 of the nation’s leading Latino advocacy organizations, shared its priorities for the president’s final State of the Union. Here’s the top nine list of things what we want to hear the president address:

1. Let’s unite to solve Puerto Rico’s financial crisis. On January 1, Puerto Rico defaulted on $37 million of a $1 billion bond payment. Without cash or the ability to restructure its debt as U.S. states and cities do, it will be unable to cover upcoming bond payments of over $2 billion. As a result, the 3.5 million American citizens living on the island of Puerto Rico are facing severe socio-economic hardship as austerity measures are slashing spending on basic needs, businesses are closing, thousands are migrating to the U.S. mainland, and the tax base is eroding. Congress and the White House need to immediately set aside their differences and reach agreement on a path forward for Puerto Rico out of this crisis.

2. Let’s treat those seeking refuge humanely. Regardless if someone is fleeing from violence in Syria or Central America, they deserve to be treated as human beings. This means ensuring those seeking asylum have access to counsel, ending raids on families to deport children who lacked counsel to begin with, and finding alternatives to detention for women and children so they’re no longer subject to abuse and trauma as too often happens in detention facilities. The deportations of our families must stop.

3. We’re going to make sure every voter can vote. Since the Supreme Court gutted key parts of the Voting Rights Act (VRA), 2016 will see the first presidential election in 50 years without full protections against voting discrimination. In addition to calling on Congress to restore the full strength of the VRA by passing the Voting Rights Advancement Act, the Obama Administration needs to do its part to ensure fair elections, such as through enhanced field monitoring in coordination with U.S. Attorneys’ offices, advice for concerned citizens who want to play a constructive role, and encouraging local governments to make the voting process understandable and manageable for all voters.

4. We’ll promote citizenship by encouraging the 8.8 million lawful permanent residents living in the United States to commit to naturalize as U.S. citizens and preventing a hike in the naturalization fee so they’re not deterred.

5. We’re going to demand results for children of color in our public schools. Graduation rates for Latinos rose 4.2 percentage points between 2011 and 2013. To keep this trend going in the right direction, the Obama Administration will need to vigorously use every tool it has to ensure that state and local education authorities don’t backslide under the new Every Student Succeeds Act (ESSA), which replaces the No Child Left Behind Law beginning this year.

6. Let’s ensure that hard-working people have the opportunity to earn a decent living. In addition to continuing to call for an increased minimum wage, the president should combat the abuses of workers’ basic protections to ensure they get overtime pay, are free from sexual harassment and abuse in their workplace, and don’t face retaliation when challenging unfair employment practices. Enforcement of labor laws isn’t just good for employees; it also benefits employers who are playing by the rules but face unfair competition from those who don’t.

7. I’ll keep the veto pen ready to defend the Affordable Care Act. The Latino community has greatly benefited from the reforms of the Affordable Care Act, which have resulted in a significant 9.7 percentage point drop in the rate of uninsured Latinos from 2013 to October 2015. Repeal would be a major step backwards.

8. Let’s improve Latino representation in the federal workforce. President Obama deserves kudos for his many diverse appointments to his cabinet and other leadership positions in various departments and agencies. Unfortunately, Latino representation in the rest of the federal government continues to lag. We need the president to take bold steps, such as the announcement of an executive order on Hispanic federal employment that outlines an aggressive program to substantially and affirmatively increase the number of Hispanics at all levels of the civil service.

9. We can’t relent in protecting our environment. In addition to enforcing existing environmental laws and addressing climate change through lower greenhouse gas emissions and greater use of renewable energy, Latinos broadly support protecting our nation’s natural treasures. We hope the president will continue to exercise his executive authority under the Antiquities Act to designate additional national parks and protected lands near Latino communities.

By working hard on these priorities, the president will leave a lasting legacy that ensures those Latinos waking up every day to go to work or school have a fairer, healthier, and more prosperous future ahead of them and this ensures a better future for our nation.