Less than six months from the 2010 census, there is a rising movement in the Latino community to boycott the survey. Not only is this a terribly irresponsible and narrow-minded idea for Latinos, but it would be a detrimental decision that would affect all people that live in their communities.

The census — conducted once every 10 years — plays a central role in the shaping of public policies that reflect the ethnic, social and economic diversity of the nation. Unfortunately, minorities and low income communities have historically low participation rates.

A handful of Latino leaders are calling for immigrants to boycott the census due to the “lack of commitment” from the administration to fulfill the promise of immigration reform. They are not asking for undocumented immigrants alone to take a pass — some are asking the Latino community as a whole to boycott. This could result in a significant decline in federal funds and drastically affect highly populated Latino areas. For example, California’s Los Angeles County, where Latinos make up 47 percent of the population. Or El Paso, Texas, where 82 percent of the population is Latino.

Incomplete demographic data is proven to have a negative effect on the development of communities. If people are not counted adequately, millions of dollars in public money will not be received. Almost $400 billion in federal funds go to local, state and tribal governments each year — money that should go to hospitals and health clinics, public schools and transportation projects. It also affects the potential for smart urban planning, responsible development and potential political clout. 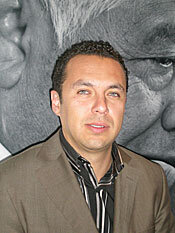 Hector Sanchez is the director of policy and research for the Labor Council for Latin American Advancement.

The Constitution mandates that everyone participate in the census, regardless of legal status. Undocumented immigrants may have good reasons to fear the government and are already one of the hardest groups to count because of cultural and language barriers. But the information is not and cannot be used to identify individuals. The Census Bureau cannot, by law, share personal information with other federal agencies.

The Latino community is strong and growing. Undocumented immigrants pay payroll, income, property and sales taxes. They stimulate the economy with purchasing power, their work and their businesses. The census should be viewed as a potential source of power, a tool that will help address the need for equality — power that can help stop the anti-immigrant laws and measures in the nation.

Our newly elected leaders still have to prove that they are serious about fulfilling their promise of immigration reform, but boycotting the census is not the right way to put pressure on the administration. Calling for a census boycott would only be a severe setback, hardly a way to advance the Latino agenda.