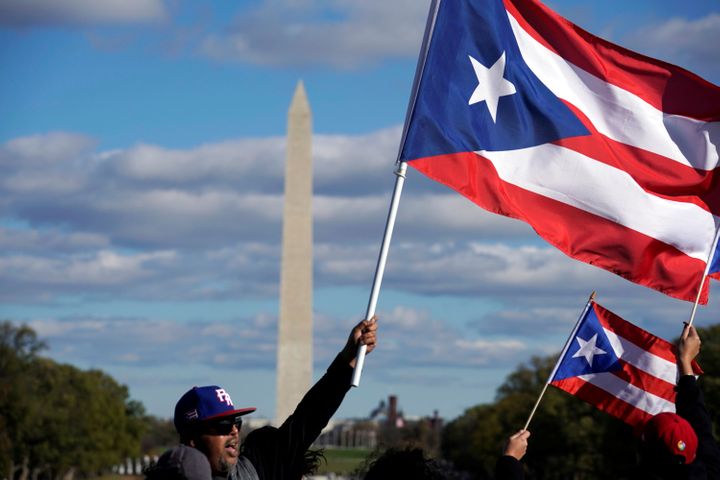 Two months after the strongest storm in 80 years hit Puerto Rico, life is anything but normal for 3.4 million American citizens. The living conditions they face are substandard and unacceptable for a wealthy nation such as the US. A significant portion (57 percent) of the population is still without electrical power, one in 10 people lack running water at home, and 15 percent of gas stations remain closed.

At the same time, water-borne diseases are on the rise. Public health experts warn that the Zika virus may make a comeback and that if conditions do not improve very soon, diseases common in developing countries, such as dengue or cholera, will threaten the health of Puerto Ricans.

Having endured three destructive hurricanes within a month, it is understandable that FEMA is stretched thin, but it is not clear why our government has not responded decisively after the devastation caused by Hurricane Maria. Our nation possesses the resources, technology, and logistical prowess to rebuild Puerto Rico, yet our government has not shown the sense of urgency, creativity, or flexibility needed to deal with this humanitarian catastrophe. The most recent example is the Trump administration’s supplemental budget request for disaster relief, submitted to Congress on Friday, which falls short of providing the help Puerto Rico needs now.

After Hurricane Maria hit Puerto Rico, the National Hispanic Leadership Agenda (NHLA) issued ten recommendations to President Trump and Congress for addressing the humanitarian crisis facing the island. Since then, little progress on those recommendations has been made. We welcome Congressional approval of $36.5 billion for FEMA to respond to recent natural disasters and the administration’s decision to direct FEMA to cover 90 percent of public infrastructure reconstruction, rather than the typical 75 percent. These developments will help make a difference, but the devastation on the island is so severe that much more work remains to be done.

The list of needs is only growing. Many Puerto Ricans have left the island, with an estimated 143,000 having arrived in Florida alone thus far. It is estimated that the exodus to the mainland will be around 470,335 by 2019. In addition to rebuilding infrastructure and helping those on the island meet their basic needs, the federal government also needs to be assisting state and local authorities and community organizations to ensure that those individuals who have come to the mainland are connected to health and social services, and that children are enrolled in school.

While the needs are growing, the political will to act must not falter. Some in Congress and the Trump administration are demanding offsets―that any dollars spent on recovery come from cuts to other federal programs. This runs contrary to the traditional approach of responding to emergencies as emergencies. And it is bitterly ironic that those members of Congress who demand offsets to help their fellow Americans regain electrical power and running water, do not make such demands when it comes to giving away tax cuts to the wealthy. Majorities in both chambers of Congress have voted to balloon our nation’s deficit by $1.5 trillion for tax cuts. It is unconscionable that they would then refuse to come up with the estimated $70 billion needed to rebuild Puerto Rico.

In contrast, it is heartening that Members of Congress from both parties are visiting Puerto Rico to view the damage, and we’ve heard supportive statements from Republicans and Democrats alike. It is encouraging to see the growing traction among these leaders that a response comparable to the Marshall Plan that rebuilt Western Europe after World War II is the only realistic way to rebuild Puerto Rico. One can only hope that these sentiments will prevail and that Members of Congress will act on NHLA’s recommendation to provide Puerto Rico with full funding for relief and recovery that takes the realities of climate change into account so that Puerto Rico and its ecosystem will be resilient in the face of future storms. Congress should also lift the caps on Medicaid funding to the island’s residents so that they have access to healthcare, and approve a Community Development Block Grant Disaster Recovery Program to rebuild homes, provide temporary housing, and repair infrastructure.

More immediately, President Trump can make a difference by revising his latest disaster relief funding request to Congress to include more aid for Puerto Rico, deploying more military personnel and equipment so that Lieutenant General Jeffrey Buchanan has all the tools he needs for the recovery effort, extending the FEMA deadline for filing disaster relief claims, and waiving matching requirements for FEMA disaster assistance programs beyond 180 days as recovery from a disaster of this magnitude will take longer than six months to accomplish. Furthermore, it is the duty of Congress to act swiftly before Thanksgiving and ensure that our fellow American citizens receive equal treatment.

Puerto Ricans have been struggling and are doing all they can, under harsh conditions, to rebuild their island with the little they have. International and domestic nonprofit organizations are responding by providing services. The Puerto Rican diaspora is collecting and shipping relief supplies from every state of the nation. Volunteers from the mainland have traveled to the island to help, and Americans across the country have donated money. Americans’ solidarity with the island is clear, as demonstrated by last weekend’s Puerto Rico Unity March on the National Mall. Now more than ever, we need national leadership that sets aside politics, to step up to the challenge and dedicate the resources, talent, and vision to help Puerto Rico rebuild and fully recover. It is not too late, but we must act quickly to avert an even greater disaster that could impact Puerto Rico’s future for generations