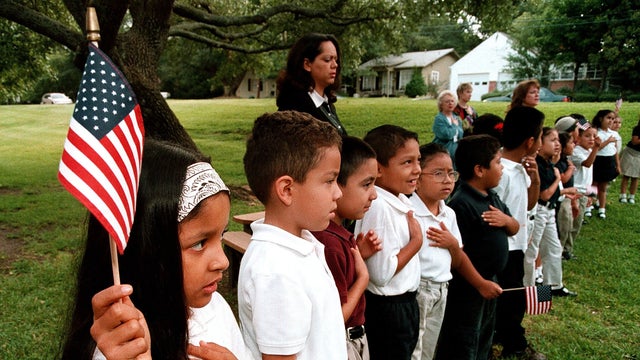 While their respective successes speak to our country’s progress, the Latino community still has a long way to go to achieve equal representation. Latinos represent 17 percent of the population, but we make up only 8 percent of federal government employees, and approximately 1 percent of elected officials. We are severely underrepresented in top government positions, including in political appointments at all levels.

At a time when there is so much vitriol in American politics, it is more important than ever to create pathways for promising leaders to rise above and help us navigate these unsteady times, while honoring the experiences of Latinos all across the country. Because — and perhaps in spite of — all this vitriol, we’ve got a lot of work to do. Thankfully, we have a solid groundwork of ideas to help us start.

First, we must invest in the vehicles to support existing leaders in our community while looking to the future to develop a stronger pipeline. We want to make sure that the roadblocks facing our current leaders aren’t in the way of building on the progress made over the last eight years.

There is no doubt that this year’s election is one of the most consequential in modern history, and the Latino community has the power to elect our next president. But the Latino community also has the opportunity to help shape and drive the next president’s policy agenda and proposals day in and day out by serving as part of their administration.

Too often we’ve heard the excuse of not being able to find talented Latino candidates who can represent us in all levels of government and political power.

Which is why three years ago, the National Hispanic Leadership Agenda (NHLA) launched the Latino Appointments Program, to address the extreme underrepresentation of Latinos in appointed positions in the Executive Branch, and at state and federal levels.

We fundamentally believe that our government must reflect the diversity of the people it serves. When people of all backgrounds contribute their diverse experiences and perspectives in the service of our nation, the result is better government — and better lives — for everyone.

With the exception of NHLA’s Latino Appointments Program, there has been no other effort fully funded as a stand-alone program whose primary mission is to recruit and recommend Hispanic talent on such a large scale.

This year, Latino Victory Foundation and NHLA joined forces based on our shared values and goals of increasing Latino political power.

Together, we will identify and nominate Hispanic candidates for incoming political appointments and positions in other sectors through the Latino Talent Initiative. Building upon the groundwork of NHLA’s Latino Appointments Program and expertise, the new partnership will work proactively to streamline the process for Latinos interested in appointed positions in the next administration.

Along with advocates, corporate partners, and strong networks of senior leaders, the Latino Talent Initiative will be working to identify, recruit, and encourage Latinos to submit their applications to ensure Latino voices are represented at all levels of government, including the highest positions within the administration.

The Initiative will build on NHLA’s process, modeled after other successful programs such as the Gay and Lesbian Victory Fund, whose program has been successful in increasing the number of LGBTQ appointees. Interested candidates can learn more here.

At a time when our community is constantly under attack, it is more important than ever that Latinos participate; not just civically and electorally but through public service. We need more and stronger Latino voices in government, as elected officials, as appointees, and as staff at all levels. Only then will our community be truly represented within government, and our experience, ideas, and needs addressed.

Blanco is the interim director of Latino Victory Foundation and Sanchez is the chair of National Hispanic Leadership Agenda. The Latino Talent Initiative (LTI) recently launched as an effort to identify talented Latino candidates for administration appointments.