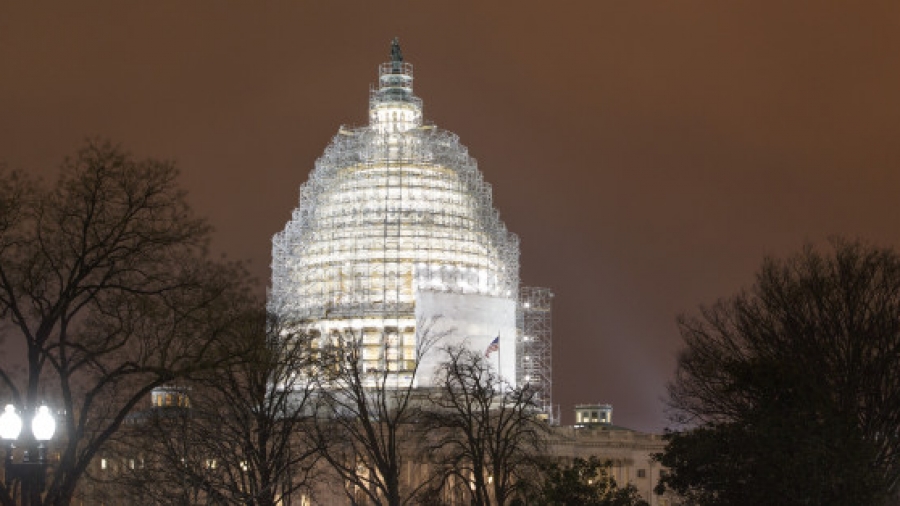 As a coalition of 39 preeminent Latino organizations, the National Hispanic Leadership Agenda (NHLA) seeks to influence public policy to ensure that Latino interests are taken into account at the national level. This is an important time to reflect on what the Latino advocacy community believes Congress should accomplish and which policy areas Latinos should keep an eye on in the coming weeks. It is all of our responsibility to hold Members of Congress accountable.

As a new Congress convenes, Congressional Republican leaders have repeatedly underscored their desire for bipartisanship. This is a welcome approach and now that they are in the majority they have two years to prove that they are serious about this effort.

While Latinos are impacted by every public policy issue debated at the federal level, there are at least four areas with a tradition of bipartisan cooperation where the 114th Congress should start. NHLA has national campaigns to support these efforts and we look forward to working with Congress to ensure we make real progress on the following:

Congressional Republicans have complained about President Obama’s executive actions on immigration, which he took as a direct result of the House of Representatives’ inability to pass immigration reform legislation, despite support from a majority of its membership. With a new Congress comes a new opportunity for the House to pass legislation. Everyone agrees that a legislative solution is the best course of action, and the work of the Senate in 2013 demonstrates that a bipartisan solution is achievable.

In the Senate, the majority that passed a bipartisan immigration reform bill in June 2013 remains largely intact after the midterm elections. Of the 68 Senators who voted for the bill, 57 remain in office today, and at least three new Senators are immigration reform supporters, providing a filibuster-proof majority for passing the bill again.

In the meantime, we will continue to support the President’s executive action on administrative relief to fix our broken immigration system. President Obama has the legal authority to execute these actions and they are important measures which will provide much needed relief to our communities as we wait for Congressional action.

Unfortunately, House leadership has chosen to start the 114th Congress in an anti-immigrant and anti-compromise fashion, voting on repealing the President’s immigration actions. Turning the clock back on immigration enforcement that puts people in fear of deportation and family separation is cruel and wrong-headed. There will be no social, economic, or public safety benefit to the nation. Republicans must join the broad coalition of business, labor, and faith groups that support fixing our broken immigration system with comprehensive legislation.

Latinos were among those hit hardest by the great recession, recent improvements in the economy and job market have been critical for our community. This new Congress can demonstrate sound economic leadership by, first of all, not repeating any of the manufactured crises that caused a government shutdown and brought our nation to the brink of default. The instability these unnecessary crises create harms the economy and hurts Latino businesses and workers alike.

Second, Congress should ensure that its efforts to keep government spending in check do not come at the expense of needed investments in our long term prosperity which depend on adequate funding for education and job-training.

Third, Congress should also permanently extend the 2009 expansions of the refundable portions of the Earned Income Tax Credit and Child Tax Credit – popular tax credits that reward work and keep millions of adults and children out of poverty.

3. Nominees To Serve In The Administration

The confirmation process for the president’s nominees has too often devolved into political point-scoring. Sometimes nominations are even delayed for reasons completely unrelated to the nominee or their qualifications. Latino nominees have been among those to suffer from this dynamic. With the fresh start that this Congress provides, the new majority has the opportunity to put past practices behind it and exercise the role of advice and consent as our constitution’s framers intended. At a minimum, nominations should be brought to the Senate floor in a timely fashion for a straight-forward yes-or-no vote, rather than held in limbo indefinitely.

This year marks the 50th Anniversary of the landmark Voting Rights Act (VRA). This pivotal legislation has repeatedly protected voters, particularly those in minority communities, from those who would seek to perpetuate their own power by denying the democratic voice of others. Unfortunately, discriminatory practices still appear whenever the growth of the minority vote is perceived as threatening to the powerful. The elections season has become litigation season, as voters are often forced to seek judicial recourse when discriminatory changes are put in place and implemented in the weeks and months prior to a vote. The Supreme Court has weakened the deterrent effect of the VRA and eliminated its most efficient component. The 2006 VRA reauthorization – the fourth time the VRA was reauthorized – occurred under a Republican majority in both chambers of Congress. There should remain a strong understanding of the universal support for the right to vote.

What better way for Congress to pay tribute to this 50th anniversary of the VRA than to enact a critical restoration of the one of the most powerful and efficient portions of the venerable act. Amendment of the VRA enjoys strong bipartisan support inside and outside of Congress. As a growing population, Latinos, in particular, need a modernized Voting Rights Act following the Supreme Court’s narrow 2013 decision to strike down the formula for its pre-clearance provisions. Modernization can and should benefit all voters, including particularly those groups whose growth in democratic participation may be wrongly perceived as a threat.

Before Latino voters turn their attention toward the presidential contest next year, both parties in Congress have the opportunity to build a record – not just rhetoric – of pragmatic solutions that support Latino families, workers, businesses, and consumers. This is an opportunity that could pay huge dividends come 2016, where the Latino vote will play a critical role, and our coalition will be scoring these votes.