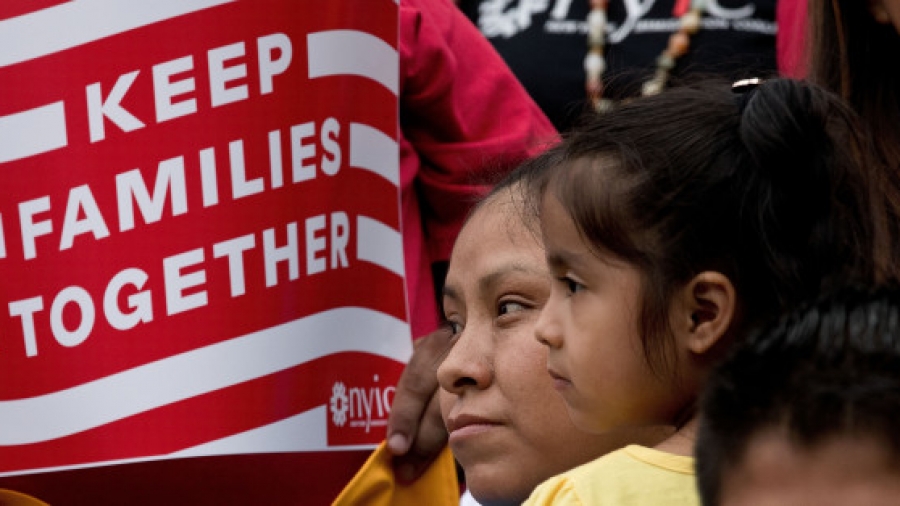 After the bruising spectacles of the first two presidential debates, which saw an unprecedented level of personal attacks and vitriol, we’d like to suggest a chance of pace before the third and final one, on October 19. Can we please discuss important policy decisions that have the potential to improve the lives of millions of workers and their families?

We’re especially interested in the plight of hard-working Latinos, who, as an ethnic block, are earning the lowest wages in the country. A full 60 percent of Latinos in the U.S. earn under $15 an hour, according to research from Oxfam America and the Economic Policy Institute. That’s more than 13 million Hispanic workers struggling to get by on near-poverty wages. The numbers are even starker for Latinas, who earn 56 cents compared to the dollar earned by a white man.

At the same time, the Latino population has grown into the largest minority group in the US, and a record number of Latinos (27.3 million) are eligible to vote. Latinos recognize how much they have at stake: Congress and the president can make important policy decisions that would improve the lives of millions of workers and their families.

Latinos do vital work to keep the U.S. economy running at full throttle. They make up 16 percent of the U.S. workforce, many concentrated in sectors like mining, oil and gas, construction, agriculture, food preparation, and elder care. In other words, Latino workers are integral to building, feeding, and fueling this country. But the economy is failing Latino workers: they’re finding it harder to survive on poverty-level wages and keep families afloat.

As leaders of organizations representing millions of voters, we support a new agenda that will give this country’s working poor the first real raise in many years. It rests on four essential policies:

First, raise the federal minimum wage. This simple move would boost incomes for millions, especially Latinos and their families. The federal minimum wage has been stuck at $7.25 an hour for eight years. Working full-time at that wage brings in $290 a week, or $15,080 a year — while the costs of living rise steadily. Since Congress raised the wage in 2007, the cost of food has risen 25 percent: a bag of groceries eats up more of a shrinking dollar.

Third, protect the recent expansion of overtime pay. In May, the Obama administration raised the threshold for overtime pay, which enables many workers to receive time and a half for hours worked over 40 per week. Latinos will be among those who benefit most.

Finally, expand the Earned Income Tax Credit (EITC). The credit subsidizes families with low incomes, often lifting them out of poverty; however, it does not benefit workers without children or under age 25. One proposal to expand the EITC could have a positive impact on 13.5 million people.

Our economy has grown dramatically more unequal in recent decades, and the Latino community has felt this acutely. We need to understand that this disparity is the consequence of our political choices — and take action to change it.

After decades of decisions that have resulted in low-wage workers, regardless of race or ethnicity, falling further behind, it’s well past time for our elected officials to support solutions to make the economy work for everyone. The past few decades of deepening inequality make it clear that all workers share a common fate; only by working together can we create a prosperous and more inclusive economy for all.

This agenda is a good start towards raising the wages of millions of workers, helping Latino working families to build a better life, and a stronger nation.

Minor Sinclair is the director of Oxfam America’s program in the U.S.