Enough talk, Mr. President — now it’s time for immigration reform. Last week, President Obama met with immigrant rights leaders, the Congressional Hispanic Caucus and Sens. Charles Schumer and Lindsey Graham to talk about this issue. After the meeting, he repeated his dedication: “My commitment to comprehensive immigration reform is unwavering.” But there has been little evidence of that since his time in office. On Thursday, Schumer (D-NY) and Graham (R-SC) presented their framework for immigration reform. Yet, neither Democrats nor Republicans have spent any tangible political capital on this issue, or seem wiling to. The only clear action in the past year has been the serious increase in deportations, raids and separations of families.

This is why the immigration reform march this Sunday in Washington, D.C., is crucial to solidify the momentum, to show the frustration of the community and to put more pressure on Congress and the administration. Immigration reform this year makes sense politically, economically and socially for all, regardless of political affiliation or views.

Today the disappointment and sense of betrayal in the Latino and immigrant community is obvious, and if there is no move on immigration reform this year, a good number of these Latinos will not take time off work to vote in November.

The immigration debate must be re-framed in common-sense economic terms. Some presume that immigration reform can’t happen during this economic climate, but that’s exactly erroneous. Evidence shows that normalizing the status of undocumented migrants is good for economic recovery because it would create income gains for workers and households. Reform would allow immigrants to have higher productivity and create more openings for Americans in higher skilled occupations. It would increase wages and spending, all of which generates more tax revenue. It is estimated that immigration reform could add $1.5 trillion to $1.8 trillion to the U.S. GDP over the next 10 years. On the other hand, a deportation-only policy would result in a loss of $2.3 trillion in GDP over 10 years.

An aggressive approach on immigration could actually push Latinos as a motivated voting bloc to go to the polls. About 10 million Latinos voted in 2008; 67 percent of Latinos and 75 percent of immigrant Latinos opted for Obama. It was enough to deliver a number of key swing states like Florida and Colorado. A significant push on immigration reform from the president would give Latinos a good reason go vote again, something the Democrats will desperately need in these midterm elections. If Republicans want to take some of these votes, they need to commit and show that they are willing to move this legislation forward. Today the disappointment and sense of betrayal in the Latino and immigrant community is obvious, and if there is no move on immigration reform this year, a good number of these Latinos will not take time off work to vote in November. 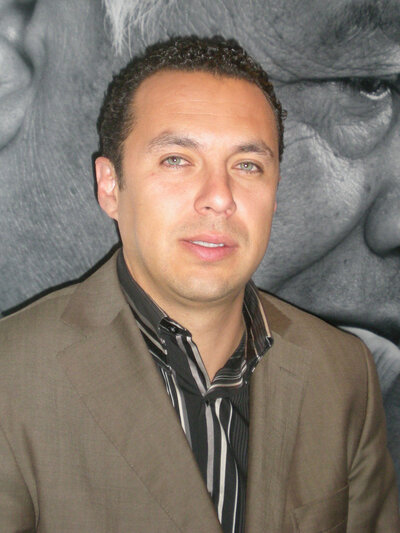 Hector E. Sanchez is the director of policy and research for the Labor Council for Latin American Advancement.

It is time to mature as a nation and analyze the issue of immigration with a cool head and sound judgment. Immigrants have become the scapegoat for many Americans’ resentment, especially as the economy has grown more tenuous. But the reality is that migration is a complex global phenomenon closely tied to economic policies. Powerful corporate forces have set up a hungry deregulated system that is voracious in its demand for cheap, exploitable labor on both sides of the border. In this context, free-trade agreements such as NAFTA and CAFTA have played a central role in displacing people: There is a strong correlation between these FTAs and a serious increase in migration.

It is refreshing to have a smart, progressive president with a solid resume on social justice issues. But it is time to start delivering on promises made. Don’t wait until it’s too late to act and be united for what is best for the nation. As for Latinos, this march can show our legislators, the administration and the public how many people care about this issue and would boost and energize the movement. Immigration reform is a sensible priority — not just for the fastest-growing group in the nation, but for all Americans.